The SCOV Astronomy Club features some of the most prominent speakers in the field. All sessions happen the third Thursday of the month, and are held at the Navajo Room of the Sun City, Oro Valley Activity Center. Come on out and enjoy!

Abstract: The next generation of radio observatories will be huge arrays of large dishes. Typically telescopes use custom, high dollar components. However for large arrays, the manufacturing costs become a major factor in the project budget. Solar energy research at the University of Arizona designs solar concentrators for low cost, high volume production. We are now applying technology developed for solar dishes directly to radio telescope design. This will greatly reduce the cost of future radio observatories allowing us to build bigger and better observatories to allow us to see deeper into the darkest corners of the universe. 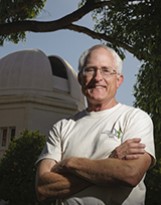 "Meteors and the Earth" Abstract: Dark night skies loom large in Arizona’s history, and are part of why the Grand Canyon State became known as a global mecca for astronomy and space science. Access to natural nighttime darkness remains an important issue in Arizona’s current politics and plays a role in its future, as light pollution from its cities reaches ever further into the corners of our state. I will review the archaeological and historical evidence for astronomy in Arizona’s past, its development into an astronomy powerhouse in the 20th century, and threats to our night skies posed by population growth and land development in the 21st. Finally, I will offer listeners some practical tips on simple things they can do to help preserve Arizona’s heritage of dark night skies.

(High Resolution Imaging Science Experiment, a camera on board the Mars Reconnaissance Orbiter.)

Author: "Mars: The Pristine Beauty of the Red Planet" 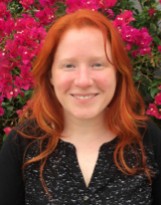 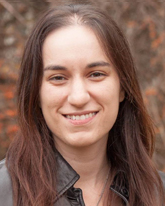 Abstract: The James Webb Space Telescope (JWST) is one of the most ambitious engineering and scientific marvels undertaken since humanity began its journey to understand the Universe.  The size of a tennis court, JWST is designed to fold up like origami, launch in a much too small rocket, and then unfold in the cold of space on its journey to Lagrangian point 2 - 1 million miles from the Earth - where it will perform cutting edge science.  Join me to discover why we need JWST, what it takes to get a project like JWST off the ground, and a brief peek at some of the amazing science that JWST will do looking long ago at galaxies far, far away... " Exploring the Kuiper belt: our evolving picture of the outer solar system's small (and maybe not so small!) body population"

Abstract: Dr. Volk will review our ever improving (but still far from complete!) observational inventory of the Kuiper belt in the outer solar system, and how that has changed how we think about how the giant planets in our solar system formed and migrated to their current positions. She'll describe the observational challenges in studying the Kuiper belt, as well as what exciting science we expect to see as a result of the next generation surveys. She'll also talk about some recent studies of Kuiper belt that hint at the possibility that our outer solar system is hiding one or more unseen large planets.